Following last year’s enforced absence, the annual relay race reappeared bigger and better than ever. Saturday, 19th June dawned bright and sunny and continued in that vein for most of the day, providing excellent conditions for negotiating the 72 miles of Barnsley’s border.

Philip Thompson, one of our longstanding members, was responsible for devising the course in the 1990s and still organises an eager team of marshals from the club to ensure that competitors do not stray from the approved route. This year’s race was extremely competitive and was won by Barnsley Athletic Club in a time of just over 8 hours. The prize presentation took place at the Traveller’s Inn, Oxspring and was attended by a large number of runners and supporters.

It was heartwarming to see this established event meet with such success in a year when everyone is searching for signs of normality. We were also very grateful to receive a cheque for £1,300 for the club’s charitable work, including the Foundation Trust.

This Christmas we didn’t manage a party, but we joined together to hold a virtual treasure hunt. After a frantic hour’s searching, the winners were Alwyn and Christine Richardson. They evidently know their household artefacts extremely well.

In early November a suitably distanced task force arrived at Cannon Hall to plant several thousand crocus bulbs. Were they the right way up? We’ll find out in spring… 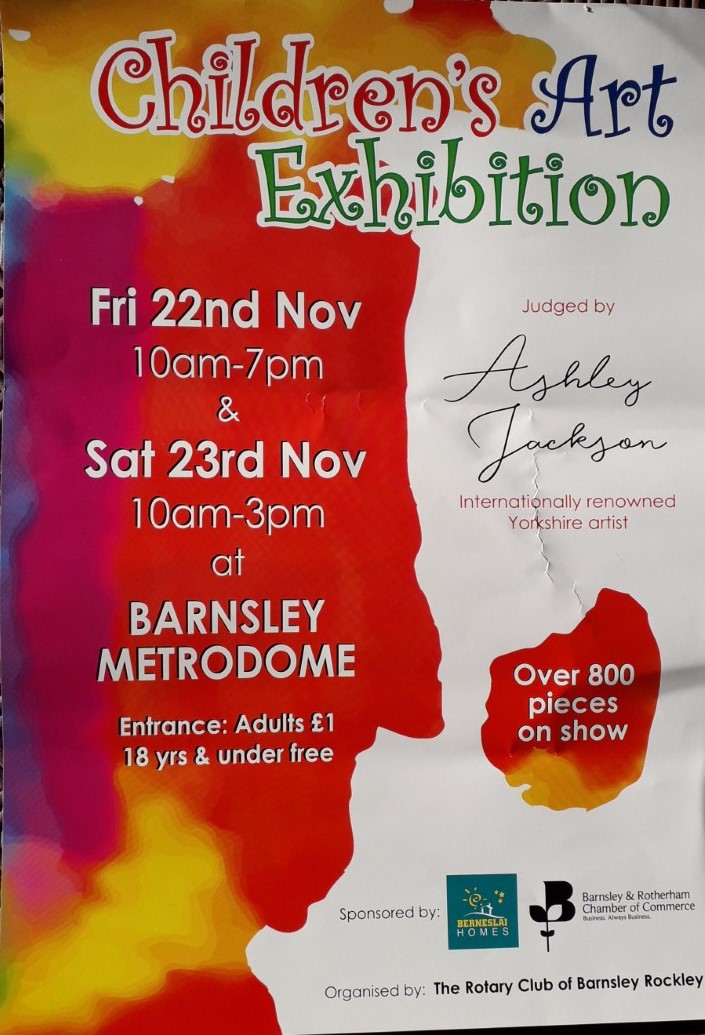 We were looking forward to our borough-wide art competition during the autumn. The contest was to be for primary school pupils throughout Barnsley, following last year’s successful model.

Unfortunately we were overtaken by events beyond our control and we will be concentrating our efforts in promoting an even bigger competition in 2022, judged again by Ashley Jackson.

"Each Member of a Rotary Club makes a difference. Together, Rotarians make change."